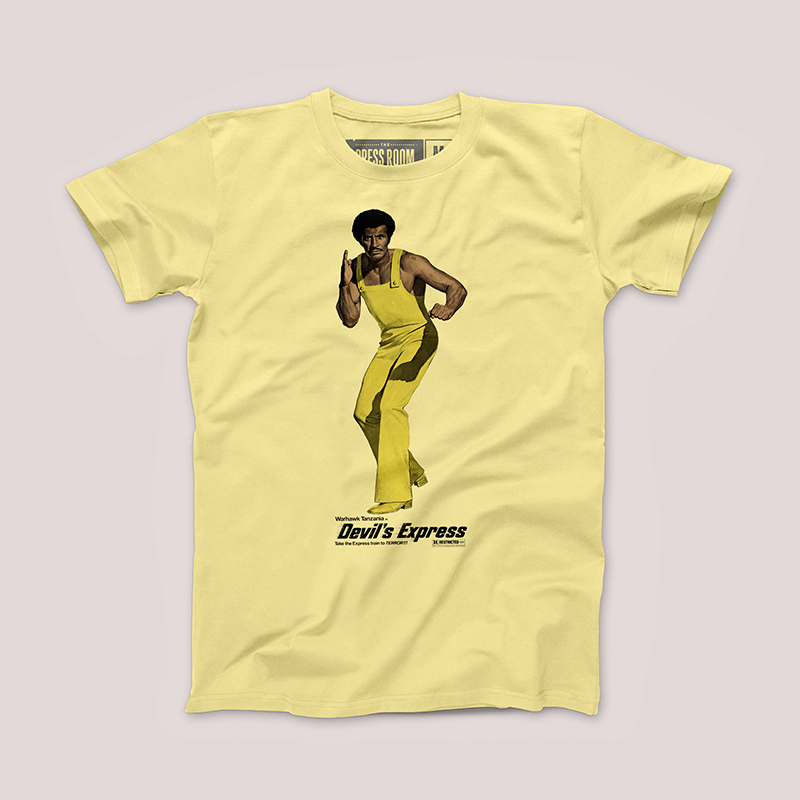 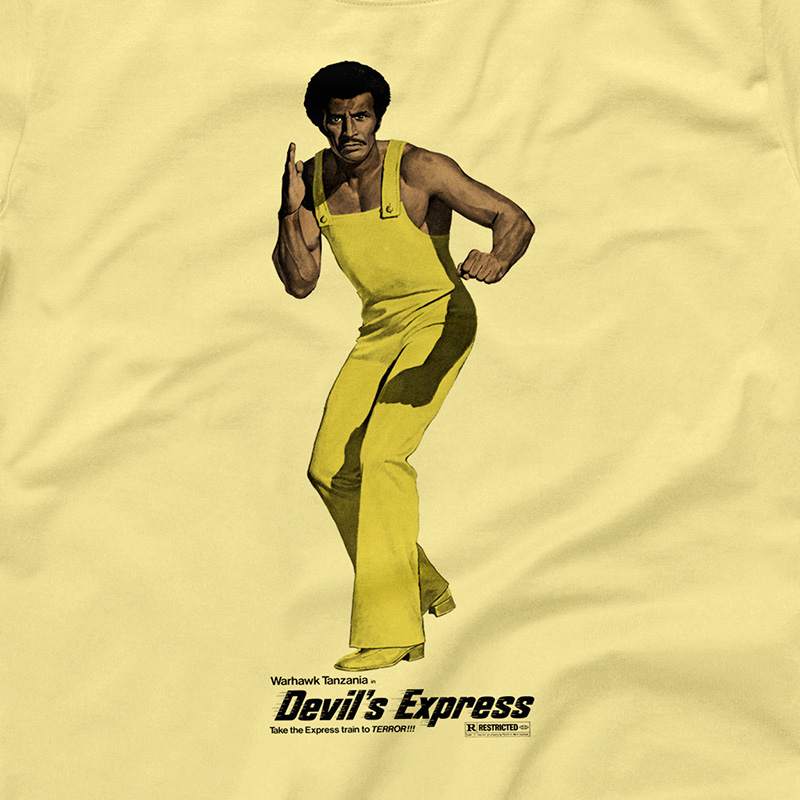 When kung fu cinema came triple-flip-kicking into the US, it found particularly strong support among black audiences in major cities. Some fans opted to enter the martial arts movie game themselves, one extra exciting example being mighty NYC resident Warhawk Tanzania, whose unmatched fighting skills and yellow overalls are stretched to the limit when he squares off against a 50,000-year-old subway demon.

Capture the chopsocky fury in this fearless three-color tee from the original 1976 printing block art. 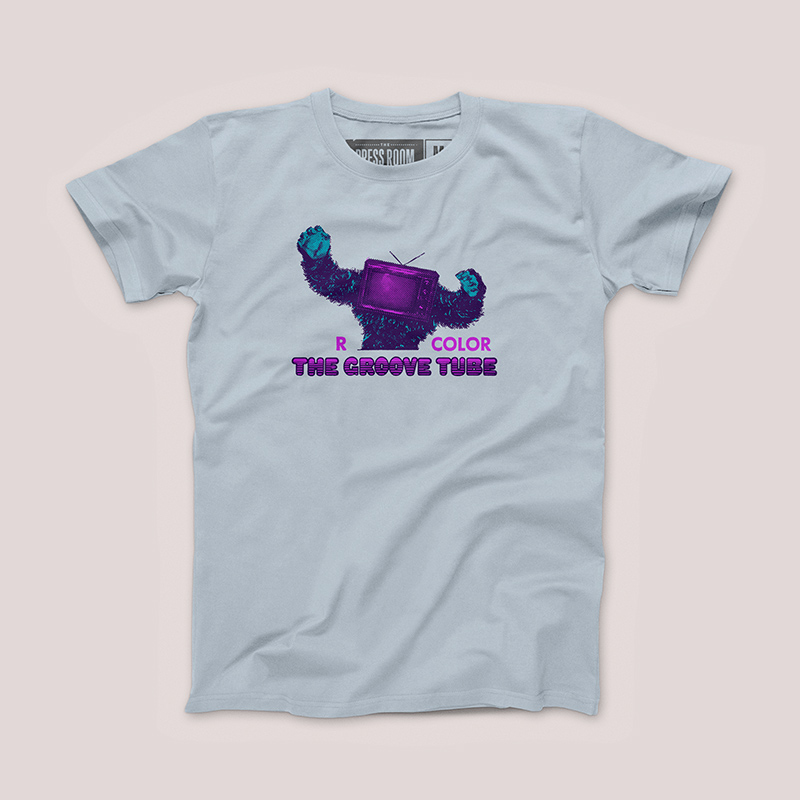 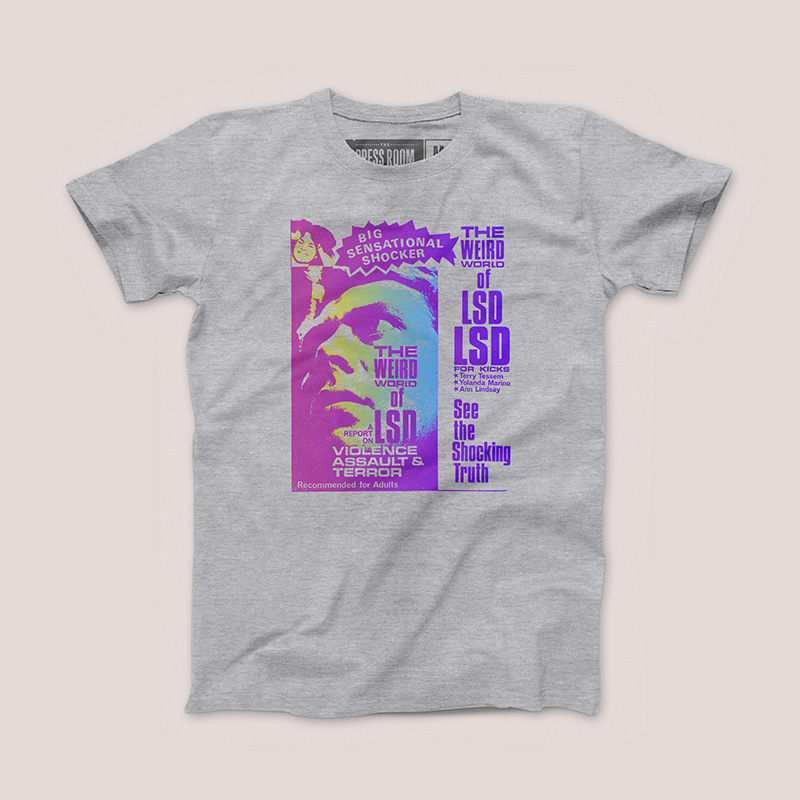 THE WEIRD WORLD OF LSD T-Shirt 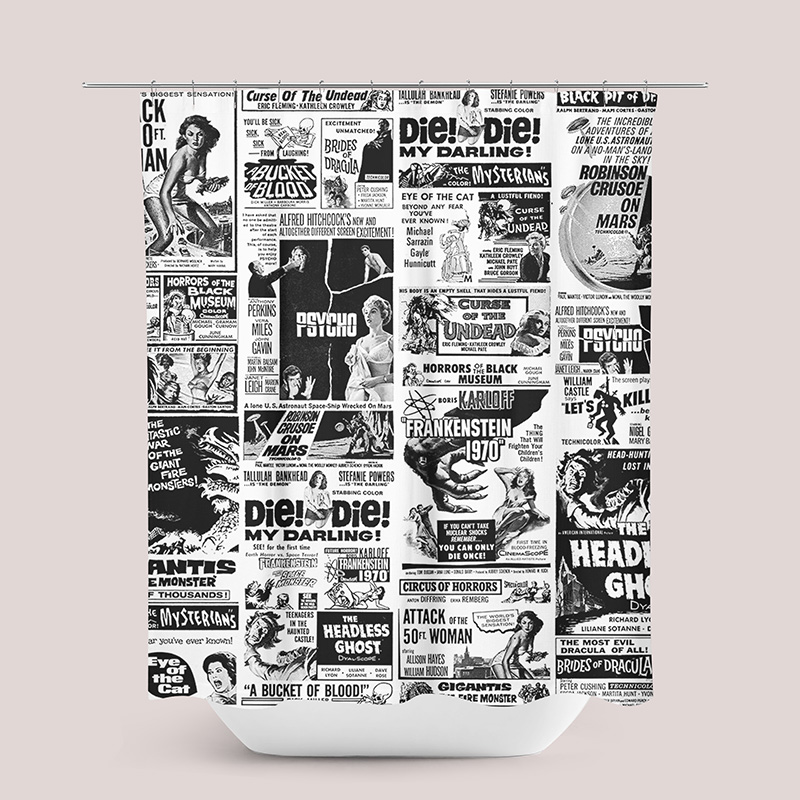 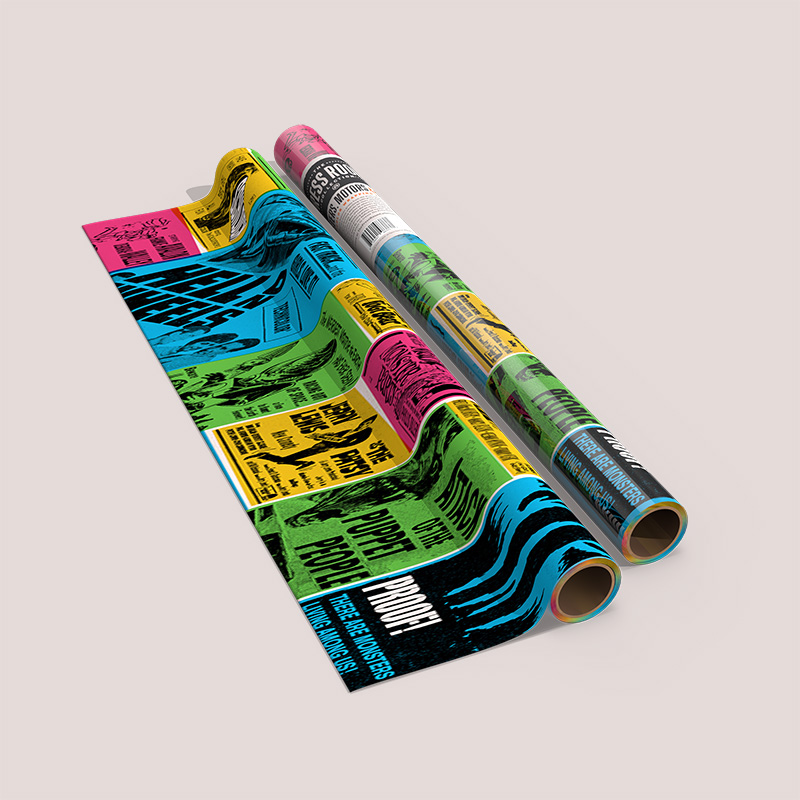 made from the largest archive of vintage cinema letterpress printing plates

Prints and other creations from the Alamo Drafthouse Cinema’s one-of-a-kind collection of these rare handmade blocks – over 60,000 original printing plates for films spanning the 1930s to the 1980s.